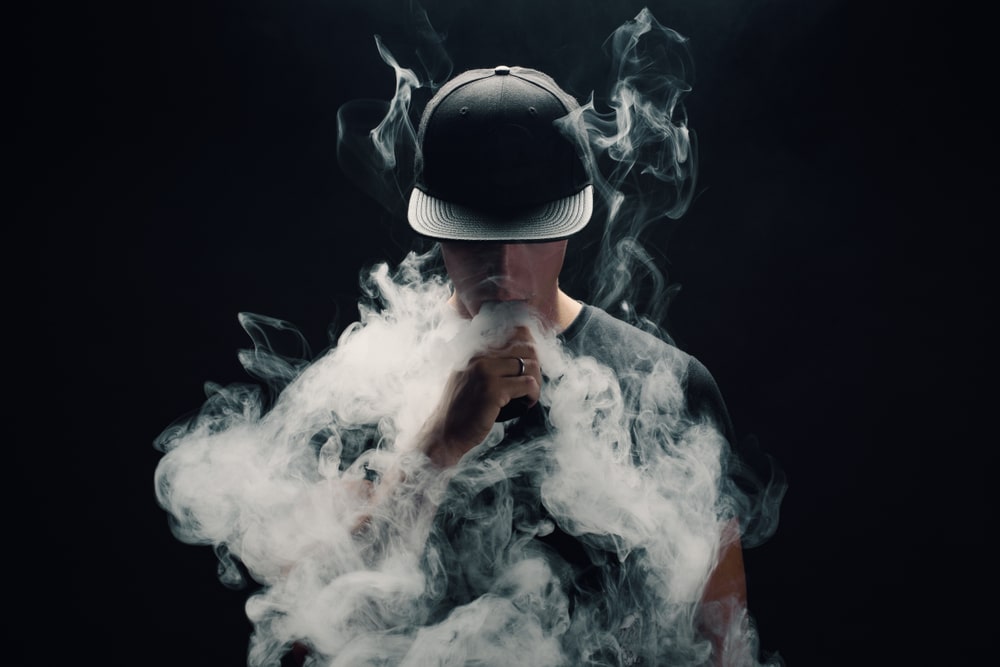 What are Puff Bar Disposable Devices?

A Puff Bar disposable device is an electronic nicotine delivery system, or simply put, an electronic cigar. It is also referred to as a cartridge-based vape. A unique feature of this vape is that it is disposable. E-cigarettes like Puff Bars were created to imitate smoking tobacco, however, with reduced health risks. JUUL vape is one brand often compared with Puff Bars because of their similarities. Both vapes are almost identical in looks. However, while JUUL is rechargeable and complex to use, Puff Bars are disposable and very easy to operate. Puff Bar Vapes look like a long USB flash drive, with undetachable parts.

Essential Parts of the Puff Bar

The parts of a Puff Bar are atomizer, cartridge or pod, battery, and mouthpiece.

Do Puff Bars Come In Flavors? 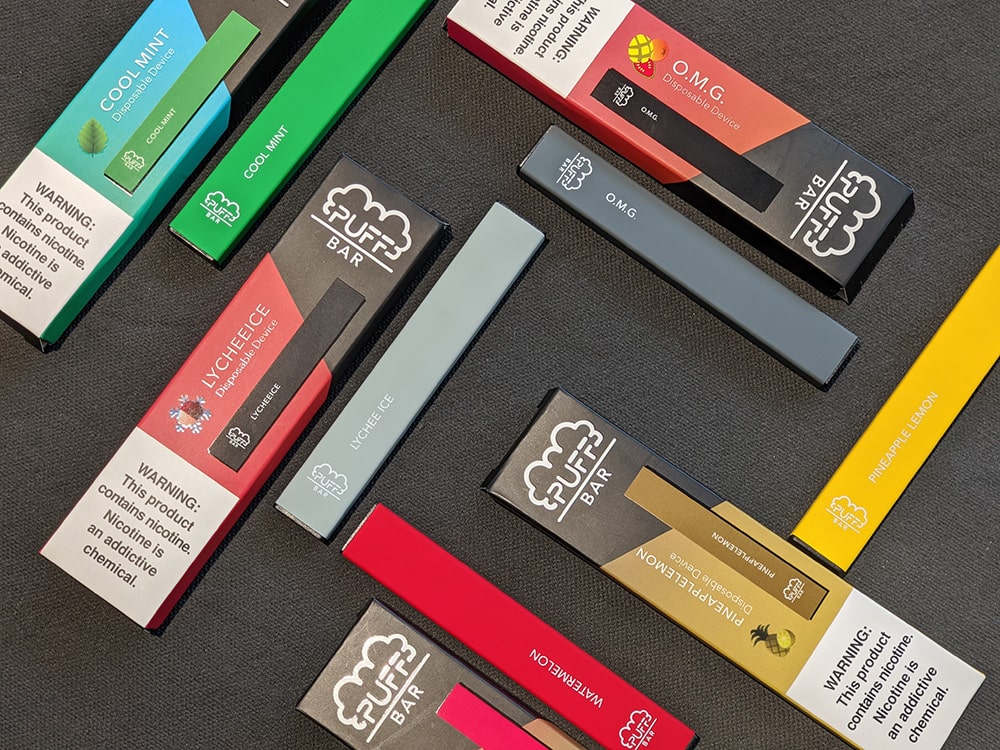 There are a couple of benefits to using the Puff Bar brand of disposable vapes. Although this vape bars resemble most vapes, it has unique features that pull it aside from the crowd. These benefits include:

Ever since the introduction of e-cigarettes, there have been debates on whether they are better or healthier than actual cigars. Tobacco smoking has become a health hazard to many over the years. Studies have shown that in the U.S.A alone, about 480,000 people have died from diseases associated with smoking in recent years.

Statistics such as this encouraged the search for an alternative to smoking. This was when electronic cigarettes emerged. These cigars, such as Puff Bar, make use of simple electronic principles to produce a cigar-like feel to users. However, instead of smoke, this device emits vapor.

A vast majority of people who have used e-cigarettes or vapes have claimed that it is a healthier choice than tobacco cigars. Some even suggest that it has no health risks. Let's look at the facts using Puff Bars.

A stick of tobacco cigarette contains about 600 ingredients. When lit, a cigar can produce up to 7,000 chemicals; 69 of these chemicals are toxic and harmful to the human body. They are known as carcinogens. A carcinogen is a catalyst in the formation of cancerous cells. They include tar, lead, carbon monoxide, ammonia, acetone, and so on.

Hence, the use of cigarettes has been linked to various diseases such as cancer of the lung, larynx, oral cavity, pharynx, esophagus, pancreas, bladder, kidney, cervix, and stomach, and acute myeloid leukemia. 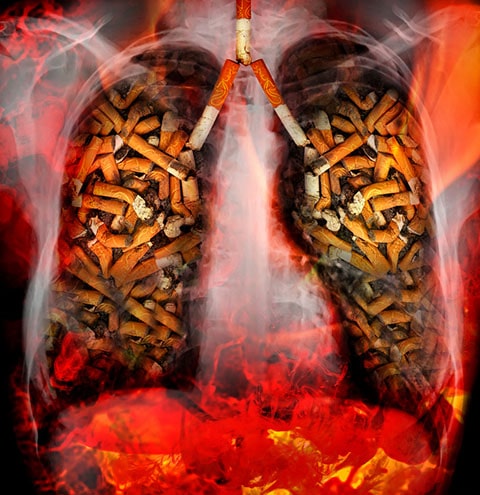 In contrast, e-cigarettes such as Puff Bars do not pose such severe health risks. They do not contain these amounts of harmful chemicals and are, therefore, safer to consume. Although they are not totally risk-free.

In light of this, it is important to mention that vapes like Puff Bars contain nicotine. A naturally occurring stimulant that is also found in cigarettes. Nicotine can be highly addictive if not properly managed.

However, the amount of nicotine a user can take in is far more regulated with a vape than a cigar. A good stick of cigar contains about 28mg of nicotine, while a bar of vape may contain 20-50 mg. It takes a user 300 puffs to empty a Puff Bar, which is equivalent to smoking a pack of cigarettes. Do the math.

The Puff Bar disposable device is easier to use than other vaping devices. A lot of vapes have replaceable parts, buttons, menus for navigation, and rechargeable batteries. Making them complex to operate. This isn't the case with Puff Bar. With Puff Bar, you do not have to have any previous knowledge of how to use a vape. All you need to do is place the mouthpiece in your mouth and puff.

Puff Bars are more affordable when compared to regular tobacco cigarettes. This is not because they are cheaper but because they last longer. The logic is this, a pack of cigarette cost about $8 while a pack of Puff Bar is roughly $9-15. At face value, it is obvious that cigarettes are cheaper. However, a Puff Bar is a one time purchase with 300 puffs to offer that you can use at any time, while a cigarette stick is only good for a single-use.

Puff Bars come in small, sleek, and compact structures that make them portable. A Puff Bar can easily fit in your pocket or purse. In addition, they are ultralight-weighted. This means they are not heavy to carry about.

Does Not Require Maintenance

Puff Bars do not have disassembling parts that require any form of maintenance. Unlike other vapes, Puff Bar batteries do not need to be charged or cleaned. Their pods do not need to be scrubbed or refilled with vape juice, and coils do not need replacement. When using a Puff Bar, you do not have to bother with the best ways to take care of your device. Just use and dispose of. Then get a brand new one when you need another.

The flavors of Puff Bars are not only diverse but also dynamic. For instance, the O.M.G flavor is a mixture of orange, mango, and guava. A triple treat in one puff. Little wonder Puff Bar is the favorite of a large number of youths.

Accidents sometimes occur in the use of vapes. Largely because most vapes have detachable parts. There are cases where e-liquids that were removed from their bars have unintentionally poisoned children. Also, Puff Bars eliminate combustion explosions. Explosions often occur when vape batteries are being charged. The chargers could be faulty or misused.

There are three types of Puff Bar products, namely Puff Bar, Puff Glow, and Puff Plus. Puff Bar has been discussed above.

The downside of the Puff Bar Disposable Device includes:

Puffs Bars are not illegal in any state in the U.S. However, the use, sale, or distributions of flavored e-cigarettes have recently been banned across the states. The ban, which came from the Food and Drug Administration, didn't contain the type of flavored vapes that shouldn't be sold, hence creating a leeway for disposable e-cigarette companies to continue to sell their products. Notwithstanding, Puff Bars are still subjects to other regulatory laws binding cartridge-based vape companies.

Minimum Age for Puff Bar Use

Prior to now, the minimum age for the use of electronic cigarettes varied in the United States. While some states set the bar at 18 years, others opted for 21 years. In 2019, the President of the United States, Donald Trump, signed legislation to place the minimum age of sale of tobacco products to 21. These products also include e-cigarettes like Puff Bar. Therefore if you are not up to 21, it is illegal for you to sell, buy, or use Puff Bar or its sister products.

In summary, Puffs Bars are obviously superior brands of vape. Their impressive features and modified versions make them a top choice for anyone seeking a thrilling vaping experience. Although e-cigarettes are safer to consume than tobacco cigarettes, they must be taken with caution. Often, whatever you use in excess becomes detrimental to your health. The same goes for e-cigarettes. Do not fall deaf ears to the health concerns surrounding this device.

Create an account with us and you'll be able to:

Fill in your email below to request a new password. An email will be sent to the address below containing a link to verify your email address.